As part of Ontario Power Generation’s commitment to protecting the environment for future generations, we are proud to work with our partners in an effort to protect and preserve Ontario’s vulnerable wildlife populations.

Explore some of our most recent wildlife programs and see how we are helping to build a more sustainable Ontario. OPG’s Niagara Operations has once again been certified Gold by the Wildlife Habitat Council.

Bring Back the Wild — Earth Rangers 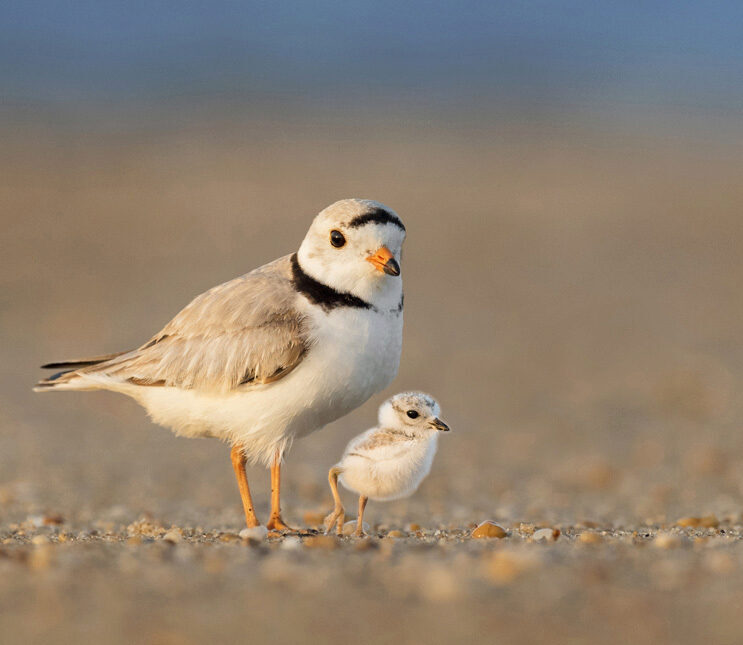 Along the sandy beaches of Ontario’s Great Lakes, a charming migratory shorebird is slowly making a comeback after a decades-long absence. Ontario Power Generation is supporting a new “Bring Back the Wild” campaign by Earth Rangers that will raise funds and awareness to help protect the piping plover.

Since 2012, we have been a proud supporter of Earth Rangers, whose presenters visit schools across the province to educate kids on issues of biodiversity and the environment.

The partnership has inspired more than 50,000 children to protect at-risk species across Ontario by raising over half a million dollars.

For this campaign, funds raised by kids and their families will help Bird Studies Canada (BSC), a leading science-based bird conservation organization, to restore the piping plover’s numbers and its coastal beach habitat across Ontario.

Specific on-the-ground action and community engagement will include establishing fencing and signage to protect nests and chicks from trampling by unaware beach goers and their pets; providing shelter for young plovers; and recruiting and training more volunteers to be engaged stewards.

Beaches will also be surveyed for new nesting sites, with a focus on under-surveyed beaches like the Lake of the Woods in northwestern Ontario. BSC hopes to restore the plover population in Ontario back to historic levels of 50 to 100 breeding pairs. Find out more at www.earthrangers.com and www.birdscanada.org.

Bring Back the Salmon with OFAH Until the late 19th century, Lake Ontario had a thriving population of Atlantic Salmon which was native to its waters. Unfortunately, that population was eliminated through the combined effects of the environmental degradation of streams, ecosystem changes in the lake, and over-fishing. Atlantic Salmon were one of the first fish species in the Great Lakes to disappear as a result of human activities.

Launched in 2006, the Ontario Federation of Angler and Hunters’ (OFAH) Bring Back the Salmon program seeks to restore a self-sustaining Atlantic salmon population to Lake Ontario and its streams. As lead sponsor of the program since 2011, OPG has helped stock more than seven million Atlantic salmon in Lake Ontario and four target tributaries (Credit River, Duffins Creek, Cobourg Creek, and Ganaraska River).

Learn more about Bring Back the Salmon.

Saving the wild with TWC Another one of OPG’s key wildlife partners is the Toronto Wildlife Centre (TWC). Since 1993, TWC has become Canada’s busiest wildlife centre, rescuing and rehabilitating thousands of sick, injured and orphaned wild animals. Its wildlife hotline receives approximately 30,000 calls per year from members of the public and animal organizations, mostly from the Greater Toronto Area and Durham Region.

From education and outreach, to wildlife rescue and rehabilitation, TWC is at the front lines of biodiversity protection. This includes caring for thousands of animals every year, including species at risk.

OPG’s ongoing support has been important in furthering outreach and education efforts with the public.