Learn about the men and women who make up Ontario Power Generation’s Executive Team, and who provide the expertise and experience that powers Ontario.

Meet the members of Ontario Power Generation’s Executive Team, who help guide us in keeping OPG a clean energy leader. Ken Hartwick is Ontario Power Generation’s President and CEO. Ken joined OPG in March 2016 as OPG’s Chief Financial Officer and Senior Vice President - Finance, where he led all operations under Finance, Business Development, Strategy, and Risk. As CFO and SVP - Finance, Ken also led the launch of Canada’s first utility green bond as well as OPG’s expansion to the U.S. through the acquisition of Eagle Creek Renewable Energy LLC.

Ken joined OPG from Wellspring Financial Corporation, where he was CFO and Treasurer. He was also interim President and CEO at Atlantic Power Corporation, a generating company that does business in Canada and the U.S. For ten years prior, Ken was the President and CEO of Just Energy Corporation, a Canadian-based energy retailer. In addition, he held the position of CFO at Hydro One between 2001 and 2004. He also held senior positions at Cap Gemini and was a partner at the accounting firm Ernst and Young.

Ken is a Chartered Professional Accountant with an Honours Bachelor of Business Administration. He serves on a number of boards.

Originally from Norwood, Ontario (near Peterborough), Ken now lives in Milton with his wife. He has three grown children. Mike Martelli is President of Renewable Generation at OPG. Mike was appointed to his current position in July 2013 and is responsible for leading a team of 1,500 skilled and dedicated team members who operate and maintain OPG’s two operating thermal stations, 66 hydroelectric generating stations and a solar project. These stations are located across Ontario and have total capacity of over 10,000 megawatts (MW).

Mike is a member of OPG’s Enterprise Leadership Team and an officer of the company. He has directed major projects including the Lower Mattagami, New Post Creek and Ranney Falls hydroelectric projects; fuel conversions of Atikokan Generating Station and Thunder Bay Generating Station from coal to biomass; and the Nanticoke Solar Project. Mike is also responsible for Corporate Indigenous Relations, working to build and maintain positive relationships with Indigenous communities throughout Ontario.

A graduate of the University of Waterloo, Mike holds a B.A.Sc. in Mechanical Engineering. He is a Professional Engineer in Ontario and a graduate from the Institute of Corporate Directors. He is also a director on the board of the Canadian Hydropower Association. Dominique Minière is Ontario Power Generation's President, Nuclear. His primary focus is growing OPG's nuclear business along with oversight of all of OPG's nuclear operations. He is a seasoned leader with a wealth of experience.

Prior to his appointment at OPG, Dominique was Chief Operating Officer of Electricitè de France (EDF), one of the world's largest nuclear and thermal fleets. With nearly 40 years of experience with EDF, Dominique has substantial experience constructing, operating and refurbishing nuclear plants and has been directly engaged in spent fuel management and nuclear waste.

He also has extensive international experience, having served on the board of the World Association of Nuclear Operators. Chris Ginther is Chief Administrative Officer at OPG. He joined the company in July 2012 as SVP and General Counsel and was appointed to his current position in February 2017.

Chris began his legal career at Torys LLP in Toronto. He has served as Vice-President and General Counsel at BCE/Bell and Chief Legal Officer at Ontario Lottery and Gaming Corporation. Sean Granville is Chief Nuclear Officer (CNO) at OPG. Sean was appointed to this position on May 1, 2018, after two and a half years as Deputy CNO. Prior to this, Sean spent three years at Point Lepreau Nuclear Generating Station in New Brunswick as the Site Vice President and CNO. During his tenure with NB Power, the station achieved improvement as measured by the World Association of Nuclear Operators (WANO) Peer Review.

Sean's extensive background includes a 35-year career with OPG (and the former Ontario Hydro) holding positions such as Deputy Vice President, Director of Operations and Maintenance, and Director of Nuclear Programs. He was certified as a Licenced Shift Manager and has held Duty Manager positions at both Darlington and Pickering stations. Sean has expertise in areas such as operational leadership, leader development, performance improvement, organizational effectiveness, and industry engagement.

Sean’s nuclear industry experience also includes a secondment to WANO, serving on the Board of Directors of the Canadian Nuclear Association, and as a voting member of the Candu Owners Group.

Sean is a graduate of the University of Waterloo with a B.A.Sc. in Mechanical Engineering. John is a CPA (CA) with over 28 years of service to OPG in a variety of areas. In his most recent role as Chief Controller and Accounting Officer, John oversaw a dedicated team of professionals that ensured business plans, external regulatory filings, tax matters and client-oriented controllership support were being delivered effectively across OPG. John has appeared before the Ontario Energy Board on numerous occasions and has represented OPG with the Canadian Nuclear Safety Commission and internationally on various nuclear decommissioning and waste management issues.

John is a trusted member of our management team and brings a wealth of company experience and knowledge that he has grained supporting the various business operations of OPG over many years.

He is a graduate from Wilfrid Laurier University’s school of business and is a devoted husband and father of three. As Ontario Power Generation’s Senior Vice President, Law & General Counsel, Shelley Babin provides strategic legal advice to OPG on all aspects of the company’s business and directs its legal team. She is also accountable for the Corporate Governance and Corporate Secretary team, the Freedom of Information office and the Ethics & Equity group, and is OPG’s Chief Ethics Officer.

Within the company, Shelley formally mentors and helps lead the development of high potential employees, with a focus on visible minorities, and is a strong advocate for diversity and inclusion initiatives. She was recently awarded Tomorrow’s Leader (2018) by the Canadian General Counsel Awards. Shelley is a member of the Quorum Club Advisory Board and a volunteer at the Pro Bono Ontario Free Legal Advice Hotline. Nicolle Butcher is Senior Vice President, Corporate Business Development and Strategy at OPG. Nicolle joined the company in September 1999 and she currently leads its corporate business development and enterprise-wide strategy. As part of her focus on implementing OPG’s long-term strategic plan, Nicolle and her team are delivering a growth strategy aimed at broadening OPG’s business within Ontario and beyond. Nicolle is also accountable for commercial business functions including energy trading, business development, acquisitions, commercial contracting, market affairs, and electrification.

Prior to her corporate business development work, Nicolle held a wide range of roles in OPG, including heading up the Canadian Nuclear Partners (a subsidiary of OPG); leading corporate-wide business transformation; and developing the Portlands Energy Centre in Toronto. Nicolle also established the lease arrangement for the Bruce Nuclear plant.

Nicolle currently sits on the Board of Directors of Portlands Energy Centre. She holds an MBA from McGill University, is a Chartered Business Valuator and has earned an ICD.D designation from the Institute of Corporate Directors. Heather Ferguson is Senior Vice President Corporate Affairs where she is responsible for building and managing relationships with OPG’s stakeholders, including senior officials and government stakeholders, industries and communities. Her responsibilities also include developing corporate communications strategies that support OPG’s business goals.

With over 20 years of experience in the resource development, energy and electricity sectors, Heather’s previous roles at OPG included VP of New Business Ventures, VP of Environment, and Director of Hydroelectric Business Development Group. Heather worked previously as a consultant in the Calgary office of Golder Associates on environmental assessments for large-scale resource development projects in the mining and oil & gas sectors.

Heather holds an undergraduate and Master's degree in Science from Queen's University, as well as an MBA from the Rotman School of Management. Dietmar Reiner is Senior Vice President of the Enterprise Projects Office, which is responsible for providing vision, strategy, and leadership in planning and executing OPG’s large and complex strategic capital projects such as the Darlington Refurbishment, and the safe storage and decommissioning of Pickering.

Formerly the SVP of Nuclear Projects, Dietmar was responsible for planning and executing the mid-life refurbishment of the Darlington Nuclear Generating Station. He also served as SVP, Nuclear Refurbishment.

In 1998, he served as a member on the technical panel of the Province’s electricity market design committee, and helped to design the wholesale market rules and guidelines that launched Ontario’s open electricity market.

In 1999, Dietmar was appointed to the position of Vice President, Commercial Systems where he was responsible for establishing the commercial infrastructure that enabled OPG to successfully compete in deregulated electricity markets. He also oversaw OPG’s preparations for the opening of Ontario’s electricity market.

In 2000, Dietmar was appointed to the position of Chief Information Officer, and led the transition of OPG’s internal information systems group to an outsourced services partnership.

In 2008, he was appointed to the position of Senior Vice President, Inspection, Maintenance & Commercial Services where he was responsible for providing specialized nuclear reactor inspection and maintenance services to support the safe and reliable operation of OPG’s and Bruce Power’s nuclear generating fleets, as well as the management of OPG’s heavy water services and isotope sales businesses.

Dietmar has an extensive background serving on external corporate and advisory Boards, and currently serves on the Board of Governors of Ontario Tech University.

Dietmar has a Bachelor of Applied Science Degree in Honours Electrical Engineering from the University of Waterloo and he is a Professional Engineer in Ontario. 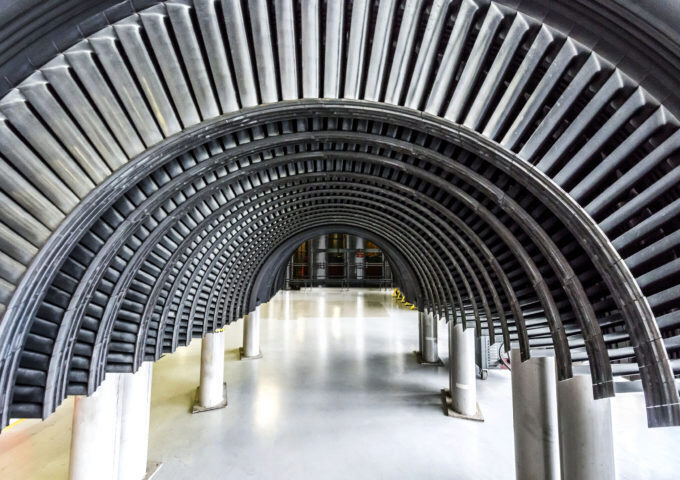 Our Board of Directors has extensive expertise managing large companies, including those with nuclear operations, and overseeing regulatory, government and public relations.

Meet the Board of Directors